Recently I was working on a project where it looked something like this: One model (movie) had a one-to-many relation with another model (user_rating), but I was only interested about the average of the ratings of the users. 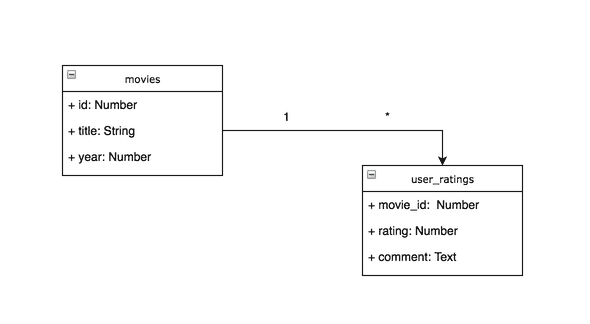 Getting the average of the ratings by loading the records and doing the math was behaving fine for a single Movie but doing the same on a collection was super super slow even with eager loading. I had more tha 3.000.000 records for user_ratings.

One idea was to use pagination, and query only the Movies that are display in the current page of the list I had in the UI. That would offload the problem of the slow query to the user, every time the user would be filtering/re-sorting the movies the application would have to send a new request to the server, fetch the records from the DB and display them to the user. This would have a noticeable delay for the user, so it was not ideal.

My second thought was to use a Materialied View. Materialized View is a pre-computed query that is stored for later use with the goal to not re-peat the query again, the drawback of-course is that the data that you are getting may not be fresh enough, but in my case, the exact user-rating was not so critical and didn’t had to be 100% accurate. Ofcourse you probably do not want to do the same when you show to the user something that has to be 100% accurate e.g. the balance in his bank account.

An example of the query can be found here

So first I created a migration to create the materialized view. It was looking something like this:

Next thing was to create a model to make the interaction with the view easier.

Important is to create a refresh method so we have the ability to refresh the view whenever we want, either by a cronjob or with callbacks after something changes in our main table.

We can refresh the view when new ratings are assigned, although in that case we have to be careful to not over-do it.

That’s it, combined with eager loading as well can boost significanlty the performance of the application.

Engineering Manager. Opinions are my own and not necessarily the views of my employer.
Avraam Mavridis on Twitter